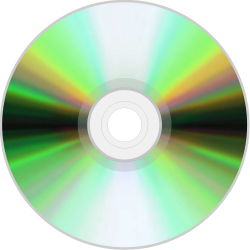 Under the US Copyright Act, the owner of a copyright has the exclusive right to control certain uses of a copyrighted work.  See Section 106 of the Copyright Act.   For example, if you write a book, you can control who gets to reproduce (copy) that book.

But the rights of the copyright owner are limited in important ways.  One of the limitations is called the First Sale Doctrine.  That doctrine (found in Section 109 of the Copyright Act)  says that if you, as the copyright owner, authorize the making of a copy of a copyrighted work (like a book or a CD) and then sell that copy, you can’t control what someone does with that copy.  For example, the author of a book can’t stop someone from reselling a used book by saying she owns the copyright.  Because she authorized the creation of the copy (and presumably was paid a royalty for it), her rights–as to that copy–end.

The Ninth Circuit held that the first sale doctrine controlled, largely because of the nature of the recording company’s distribution method.  For example, the recipients hadn’t ordered the promo CDs, and they hadn’t agreed to the terms of the license that the recording company wanted to impose on them.  (They also mentioned the Unordered Merchandise Statute, which is an interesting side-topic.)  So the result was that the defendant, Augusto, was free in this case to resell the promo CDs.

How will this impact digital distribution of “unrequested” content?  It remains to be seen.  Software is typically distributed under a license so that the first sale doctrine doesn’t apply.  But iTunes and others use a “copy” based distribution and royalty model instead of a license, so the UMG case may influence future litigation around this topic.  What do you think?